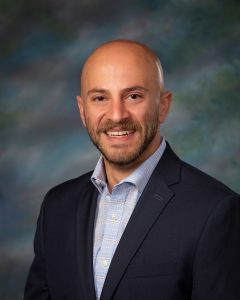 Sher said he was honored to be asked to take over as Campaign Chair at such a pivotal time. “United Way’s work has never been more important than it is today. I look forward to leading the efforts to ensure resources are available to continue building a strong and healthy Dan River Region,” he said.

Board Chair, Heather Satterfield said, “Austin may be fairly new to the area, but in a short time he has shown himself to be passionate about giving back to the community. His experience with the United Way in Florida has shown him how important the United Way campaign is to making a positive impact for children and families.”

The campaign chair lends visibility and energy to the campaign, providing presentations to employee and community groups, pitching in at events like the Kick-off on September 16th, and generating enthusiasm for the campaign throughout the community.

In addition to his work with the Otterbots, Scher is on the Educational Foundation Board of Directors for Danville Public Schools and is a member of the Danville After Hours Rotary Club. Austin lives in the River District and can often be found running on the Riverwalk Trail. 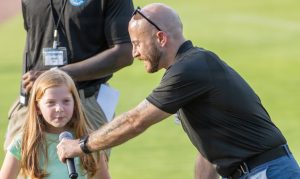